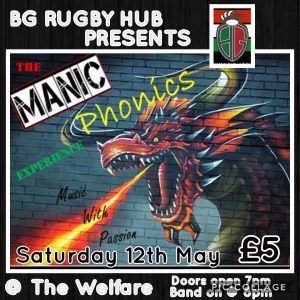 EVRFC were pleased to receive a message today that following a post-match review by the referee the red card given to David Langdon has been rescinded and he’s free to play.

A very familiar name starts Saturday’s game at loose head prop against RGC 1404: Ross Jones makes his 200th appearance for the Steelmen after joining the club following our relegation to Division 1 East eight years ago. Ross joined us for the second time from Bargoed following a call from the new coach at the time, Neil Edwards who had briefly played with Ross and rated him highly. Nelly made him a key part of our pack, even giving him the role of steering the driving line out, and in that first season Ross crossed for 10 tries, which accounts for most of his touchdowns in an Ebbw Vale shirt. Each coach has relied on his undoubted prowess in the scrum to build a dominant pack that has been a key part of the DNA of the club as we had league triumph after triumph. Ross has also been one of the key players who the coaching staff have relied on to drive standards of work on the training field, on match day and pride in the Steelmen shirt.

Ross has enjoyed many excellent performances, a memorable one being in the famous “17 minutes of extra time” cup game at the Arms Park when Ebbw, who were in the Championship, held on for a famous victory over Cardiff. During that game Ross gave his initial opponent a torrid time, leading Cardiff to introduce Campese Mafu into the fray, only for the Cardiff Blues and Samoan international prop to find himself in all sorts of trouble in the scrum. The same player went on to star in the World Cup and English Premiership, which just shows Ross’s quality as a scrummager. Deep into injury time, with two forwards in the sin bin, Ross was a key part of the pack that ensured we held on to our own ball in a frantic finish.

A gentleman off the field, Ross’s arrival as a member of the exclusive 200 club will certainly be greeted with delight by the Addicts. 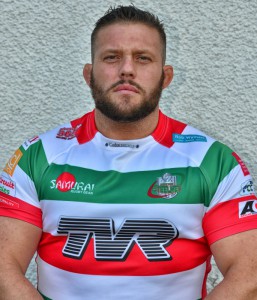 Due to the match against Aberavon now being played on April 26th, the EGM will now be held in the clubhouse on Thursday 3rd May at 7pm.

This will explain the changes being made by the WRU to the structure of the Premiership, the implications for Ebbw Vale Rugby Club and the approach we will be taking for the remainder of this season and the seasons to come.

This is an important meeting so please attend if you can.

The agenda for the EGM :-
1. Welcome and explanation of the purpose of the meeting – Mark Powell
2. Explanation of the league format and its impact on EVRFC – Jon Jones
3. Current financial position and the implications of the changes to the league – Alan Gall
4. The difficulties surrounding the management of the club, and ways in which supporters can help – Jon Jones
5. Summary of the points discussed – Mark Powell

Please read the following message from Josh James, our young tighthead prop, who has taken the decision to retire from the game:

“After several concussions and speaking to the experts and my family I have decided to retire with my good health at the ripe old age of 22.
I would like to thank Ebbw Vale RFC for giving me the opportunity to play Premiership rugby. It has been my absolute pleasure to have played with this fantastic group of players, I am gutted I will not play my part along side them on the playing field.
My family and I would like thank Rhys and Saran for the professional way they have carried out their duties. In my short time at the club I have made lots of friends, players, coaches and Ebbw supporters who are the best in the league,
I would just like to wish Jon Jones, Greg Woods, Martyn Cooke and the rest of coaching staff and everyone associated with this great club all the very best for the future!”

Naturally, everyone at the club wishes Josh every success, and good health, in the future and we hope to see him at ECP where he will always be very welcome.

Saturday’s match at Bargoed was called off at half time following the sudden illness of a spectator. We have received words of thanks to EVRFC medical staff from Bargoed RFC this morning (Sunday) who will also update on the condition of the individual concerned when they are able.
All praise must go the medical staff of both clubs, for their excellent and immediate care, and to the paramedics who attended very quickly.
The clubs will discuss options regarding the fixture with the WRU on Monday.

As Ebbw Vale will now be playing Aberavon on April 26th, kicking off at 7:30pm, the EGM has been postponed and a new date will be advised as soon as possible.

There will be an EGM in the clubhouse on Thursday 26th April at 7pm.

This will explain the changes being made by the WRU to the structure of the Premiership, the implications for Ebbw Vale Rugby Club and the approach we will be taking for the remainder of this season and the seasons to come.

This is an important meeting so please attend if you can.

For supporters of Ebbw Vale and Merthyr rugby clubs, all roads lead to Pandy Park Crosskeys this Saturday afternoon for the semi final of the National Cup (5:15 pm kick off).

The Steelmen will line up as follows: