Ebbw out of cup

HOME > Ebbw out of cup

The club are able to confirm that back 5 forward Jonathan Davies has completed his transfer to Bedwas RFC as he looks to gain more game time. Jon, having initially impressed in the Fosters Cup on permit from Ynysddu, joined the club and impressed to the degree that he was voted Most Promising Player by the supporters that season. Since then he has suffered with injuries, and a recent change of job has limited his training time with the squad. Having recovered from several niggling injuries Jon has decided that, at 26 years old, he wanted to play every week. We would like to take the opportunity to thank Jon for his efforts in the Red, Green and White and wish him every success at Bedwas.

Two of the long term injured returned to the field in Friday night’s epic encounter with RGC and all at the club were delighted to see Dom Franchi and Dai Langdon fully recovered from their respective injuries. Their return was timely with wing / centre Paul King ruled out with a concussion that was sustained in the final minute at Aberavon just prior to Christmas,and with Carl Mayer returning to South Africa this week. It is hoped that Carl will return to the club in a short period.

Ebbw Vale will play Merthyr at the Wern in round 2 of the National Cup. This is a repeat of last season’s semi final, a close game won by Merthyr who went on to win the Cup.

The match is currently scheduled for 2:30 on January 26th.

The draw in full is as follows: 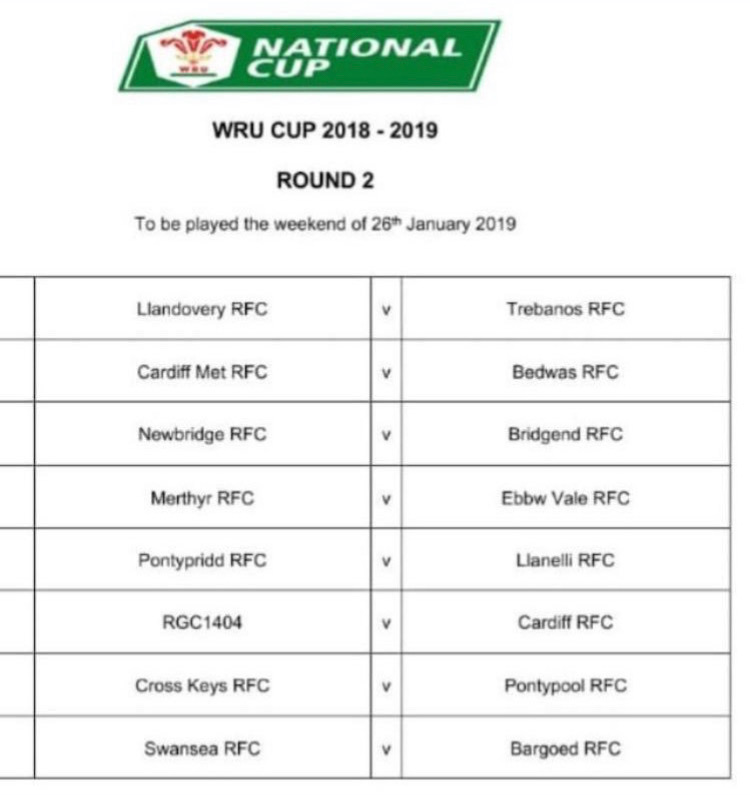 Ebbw Vale travel to Carmarthen on Saturday for the 1st round of the National Cup.

The squad can be seen here.