We are pleased to announce the first of five new forward signings today, with four more to come over the next four days.

The return of Number 8 Ethan Doyle will be welcomed by the Ebbw Addicts who took to the pacy, powerful and skillful play during his previous 18 month stay with the Steelmen. Ethan was a key part of the squad that won the Premiership and was a strong presence in his second year before moving back to Old Redcliffians and, in his last game for the Steelmen, scored two tries to ensure an away win in a tough encounter at Swansea. 29-year-old Ethan has also played in the Number 4 position in the attritional League 2 South and this versatility is a bonus for the Steelmen. Ethan told the website, “I’m excited to come back to Ebbw Vale and play in front of the Ebbw Addicts again. I’m entering a strong Steelmen squad so hopefully this season will be as successful as my first, when I was a Premiership winner!” 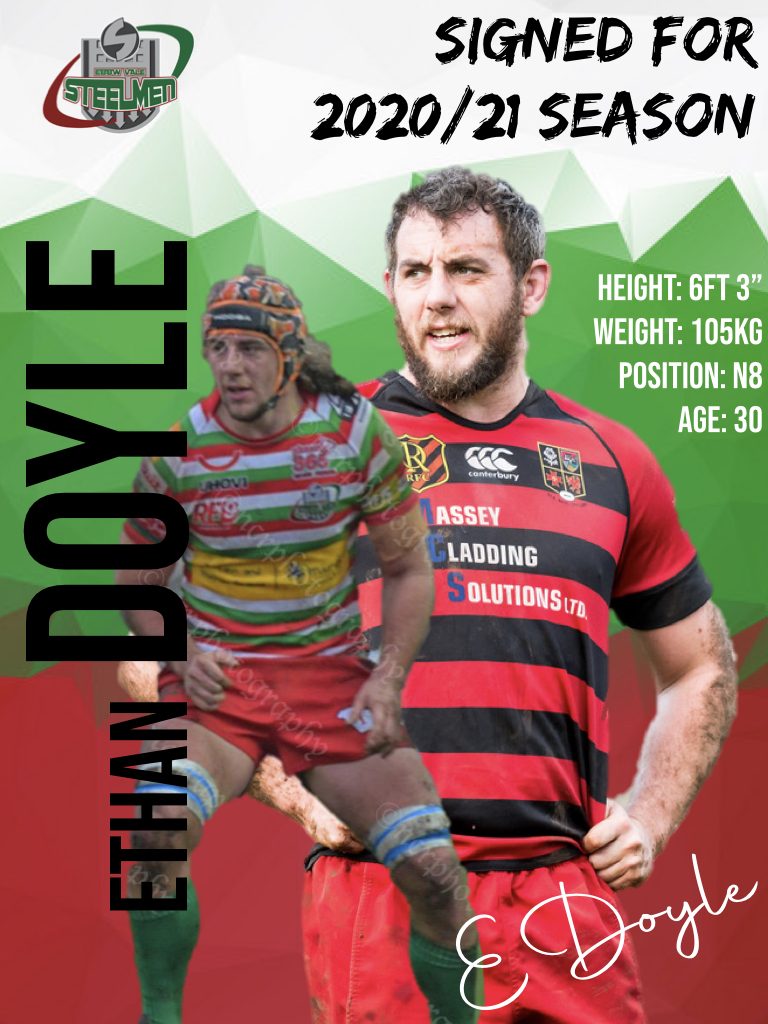