The club is delighted to announce that six more players have committed to Ebbw Vale for the coming season.

Dan Hill who topped the Indigo Premiership carrying stats and featured in the top 6 of the tackle stats will start his second season at the club after joining the Steelmen from Clifton RFC in the close season last year. Dan featured predominately in the number 6 shirt and also give strong performances in the second row when required.
He will be joined by the Young brothers, Lewis who passed 50 games for the Steelmen last season and also featured highly in the Indigo Premiership carrying stats and younger brother Owen who will be looking for an injury free season after recovering from a shoulder operation only to suffer a knee injury in November against Cardiff RFC. When available Owen has turned in several man of the match performances and all at the club are looking forward to seeing him on the field providing his skill and determination for the Steelmen cause.
They will be joined by Ebbw Fawr and Cardiff Met product, Dawid Rubasniak who performed strongly in the 6 and 7 shirts last season showing his expertise as a jackaller and powerful carrier and earning his international cap for Poland. Further competition comes in the shape of Pill Harriers product Harry Harding who impressed the coaches last season with some strong tackling and hard work in a number of appearances from the bench, and they are expecting him to challenge strongly after his first year with the club adjusting to the demands of the Premiership.
The big late December signing for the club was the imposing 6ft 9” 20st second row Corey Talbot who played a major role in the upturn in the results seen from January onwards. Very safe on the Ebbw throw he also displayed an admirable ability of causing havoc on the opposition throw. The signing from Old Redcliffians is also a solid ball carrier with excellent handling abilities and will feature strongly in the new season.

From Friday 8th May we will be bringing you one forward signing per day for the next 5 days. 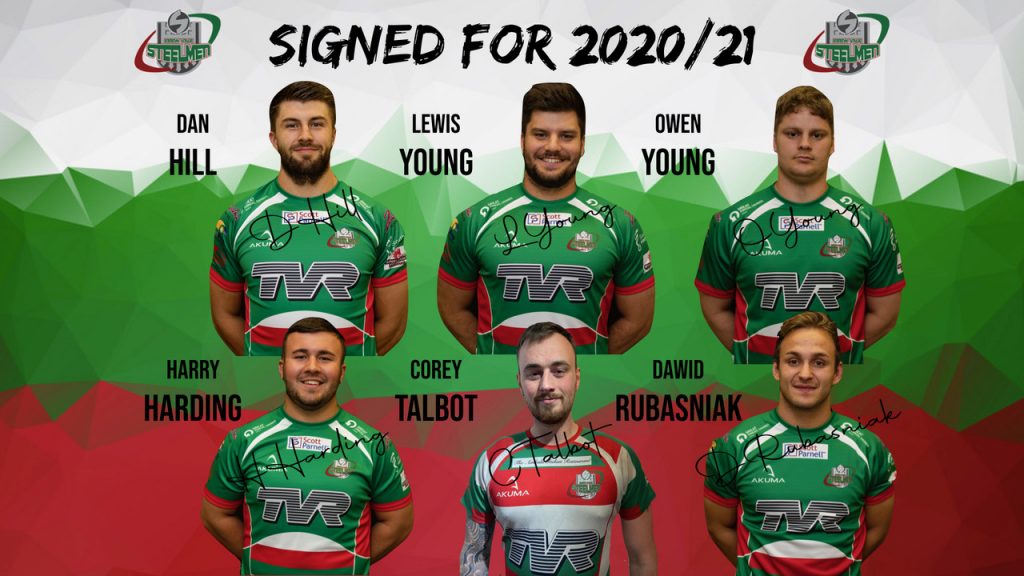 Our Indigo Group Welsh Premiership fixture against Newport RFC has been re-arranged for Saturday 26th of February with a 1:30pm kick off. The earlier kick off will allow supporters to watch the England v Wales fixture in the clubhouse after the game.