After announcing his recent retirement Dan Haymond has accepted the vacant position of Team Manager at the Steelman and will be supported by the long serving Team Administrator Doug Taylor.

Dan had 210 caps for the Steelmen that included 4 title winning seasons, 2 cup semi finals, A fierce competitor and player who always gave 100% every time he pulled on the Steelmen jersey

This completes the off field set up and Chairman Jon Jones had this to say about the appointment of Dan,

When Dan discussed his retirement with Jason and myself, both of us agreed that we wanted to keep Dan involved at the club and the vacant Team Manager’s role was an ideal opportunity. Dan epitomises what has been good about the club over the last 10 years, pride in the badge, skill, heart and honesty. Good people create good environments and we are confident that Dan will continue to play a major part in driving a culture of hard work leading to success

Obviously when I new it was time to hang my boots up it wasn’t a decision I wanted to make, so when Jason told me he still wanted me involved with the club and offered me the team manager’s role it was a no brainer for me.

It will be a strange feeling and it is going to take a bit of time for me to get used to the role but I will give it 100% and do my best for the boys and club. I am hoping having played under Jason for so long and played along side the boys that I can be a good link between the both and can’t wait to get stuck in. 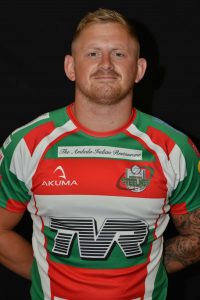