We are delighted to announce the signing of exciting young full back Morgan Richards. Morgan has represented Wales at U20’s level as well as the Dragons and most recently Pontypridd RFC in the Welsh Premiership.

On signing for Ebbw Vale, Morgan had the following to say;

The project at Ebbw Vale for next season is something that has really excited me. It is something I want to be apart of, there will be a lot of new faces in the squad so let’s hope we can hit the ground running. I can’t wait to get started. 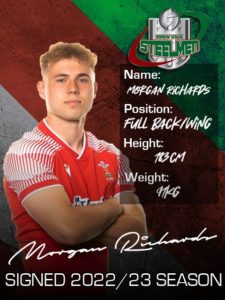