“Last season gave the coaches an opportunity to look at the squad and the clubs position both on and off the field. It became obvious that it was a big rebuilding job with changes needed. There’s a lot to turnaround which isn’t going to happen overnight but next season’s squad will be increased, improved and stronger.

Its now important we look towards the future by recruiting the right type of characters, working hard in pre season and getting everyone going in the same direction towards a clear goal. 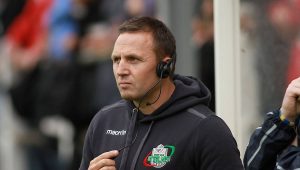