Ebbw Vale got the new season off to the best possible start with a bonus point win over Llanelli at Parc y Scarlets.

Outside half, Rhys Jones, opened Ebbw’s account with a penalty on 4 minutes and continued pressure led to Kristian Parker’s beautiful offload to Dominic Franchi who scored Ebbw’s first try. Jones converted and Ebbw were 10-0 up after 7 minutes.

A break by Carl Meyer put Stefan Thomas free, and the wing simply outpaced the Llanelli defenders to storm in from 40metres. Jones again converted to make it 17-0 to the Steelmen. Llanelli outside half Ashley Sutton scored the hosts’ first points, converting a penalty from 35m out after Ebbw were caught offside. but captain Ronny Kynes grabbed Ebbw’s third touchdown, rolling off a driving maul following a line out to claim the first Catch’n’Kynes of the new term. Rhys Jones added the extras, making it 24-3. Although Kallum Evans ran in a 60m interception try, converted by Sutton, to send the sides in to the interval at 24-10, there was no question that the Steelmen had dominated the first half.

The bonus point was claimed just a minute into the second period as Toby Fricker came in off his wing and burst through the home midfield defence to score at the the posts. Rhys Jones goaled for 31-10. Although Llanelli’s efforts could not be faulted, they were out muscled and out thought in every aspect of play, as Ebbw ruled at line out, scrum, ruck and maul. The Steelmen’s defence was excellent and, with Matthew Flanagan and Rhys Jones always looking to bring runners in to play, the attacking threat was very evident. Ronny Kynes scored his second on 54 minutes, this one being a more traditional Catch’n’Kynes following Carl Meyer’s long penalty to touch. At 36-10, with the game safe, Ebbw made the proverbial raft of substitutions, as did Llanelli who were soon enjoying their best period of the game. After a penalty kick to touch gave them a 5m attacking line out, the home team set up a driving maul that looked to be building up ahead of steam, only for the ball to be knocked forward. From the resulting 5m scrum, Cameron Reagan picked up and broke before feeding Rhys Jones who raced over half way before sending a perfect kick through for Toby Fricker to chase. The wing made no mistake in scoring his second try and Ebbw’s sixth, Jones converted and Ebbw were home and dry, 43-10. 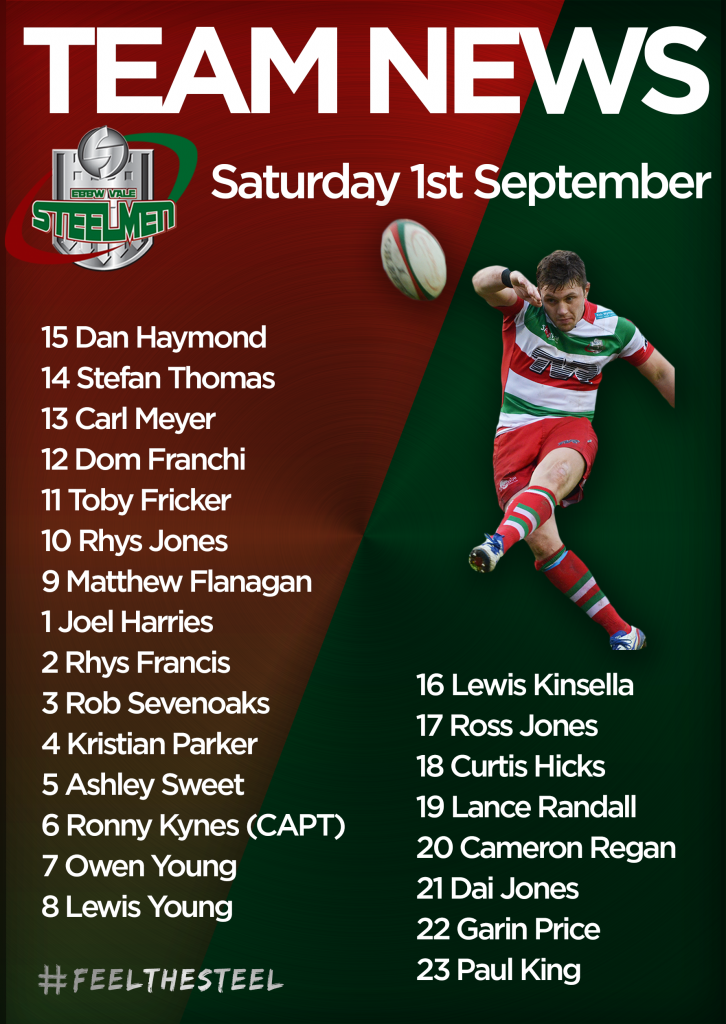