“Suddenly on Friday 1st July after battling with a short illness, Graham ‘Bunner’ Jones passed away.

A forward capped 3 times for Wales in 1963 whilst playing for Ebbw Vale, and scorer of the fastest try in an international by a Welsh forward. He played in over 150 consecutive games for Ebbw Vale during the early 60s.

He played and Captained Cwmbran RFC first team before coaching the youth side for a number of years. He became Chairman of the club on 2 separate occasions.

He was also a selector for Monmouthshire County RFC.

A larger than life character who will be remembered and deeply missed by all who knew him. 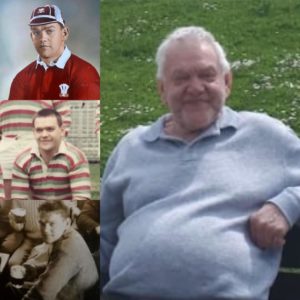