We are delighted to announce the signing of Ryan Gardner for the 2022/23 season, Ryan joins us from Newport RFC and will add an extra attacking option to the Ebbw Vale backline. In his previous playing sting at the Steelmen, Ryan was the winner of the Premiership Try of the Season award and also tasted cup success at the National Stadium during his time at Brynmawr RFC

Ryan said on signing for the steelmen.

“After spending some time away from Ebbw Vale playing for Brynmawr & Newport RFC, I am excited to be back playing for my local premiership club & look forward to seeing what next season brings to Ebbw Vale” 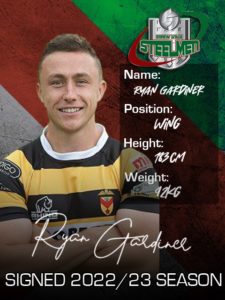