Following 210 caps for the Steelmen that included 4 title winning seasons, 2 cup semi finals Dan has announced he will retire at the end of the season with his last game being at home v Bridgend RFC on Wednesday 27th April

Dan a product of Abergavenny joined the Steelmen at the start of the 2011 season having been part of a title winning team at Tredegar RFC when he scored over 200 points from the 10 position. Dan spent 2 seasons aa a 10, competing firstly with Dorian Jones and then Josh Lewis for the pivot positioning was an example to all as he worked hard to push those players as hard as he could. Towards the end of his second season Dan made the switch to 15 and has made the position his own ever since and held off many challengers for the 15 shirt

Every season Dan has been in many opinions the best defensive 15 in the Premiership division for many seasons, being secure in the air and with the bravery and tackle technique to bring down anyone breeching the teams first line of defence. Dan has also been no slouch in attack creating many tries for outside backs. The Addicts all remember Dan’s break from just inside the Ebbw half resulting in him sending in wing Jarred Rosser for a try in a tight contest in the play off semi final against Llandovery ands 80mtr scamper down the touchline to score the final try in the Premiership Play off Final. The dive and having the presence of mind too look straight at camera smiling remains a memorable moment for one of the unsung heroes of Ebbw ’s recent history

A fierce competitor and player who always gave 100% every time he pulled on the Steelmen jersey he also stepped up to be in the main goal kicker in the Covid affected season, something he had not done for many seasons is a mark of his commitment and courage in what was a tough season

Chairman Jon Jones commented that Dan’s ability on the field has been witnessed by many and he has been highly respected by all who played, coached and competed against him but what may will not have seen is the positive influence he has been at the club over his time there,  a man of few words but all listened when he spoke and one of the easiest players to deal with off the field, a man with great values, honesty and genuine love for the club he joined.

Well, when everyone says to you rugby is a short career you always brush it off and think you have ages left. Unfortunately it has crept up on me pretty quick and its time to hang up the boots.

Ebbw vale has been a massive part of my life over the last 12 years or so. To say I have been here that long is unreal I didn’t think i’d last a preseason let alone all those years.

We have had some unbelievable highs and some real lows but the club is on its way back up and i cant wait to see us back at the top.

Just want to say a massive thank you to all the boys i’ve played with and against had some serious players come through Ebbw since I been here and it has been a pleasure to play with all of you past and present I have made lifelong friends through this club.

The coaches that have been here during my time also i would like to say a massive thank you to Jason especially as he was the coach that bought me in and its quite fitting that he is back now to see me out.

Also my wife and kids, they have had to put up with me being out of the house all the time. Away on the weekends to go to places like RGC, and for putting up with me having my head up my arse when we lost or when I wasn’t happy with how I played.

The biggest thank you has to go to the addicts. Ebbw Vale has to have one of the best group of supporters in Wales. They out number most teams home and away and I will miss the bank full of addicts supporting the boys win or lose and I promise you a lot more winning is on its way after a tough couple years. The boys are working so hard to get back there for you guys.

So thank you all for everything and good luck to the boys that are lucky enough to put the jersey on next season. I hope you enjoy it and treasure it half as much as I have.

The club is talking to Dan about remaining at the club in another capacity. 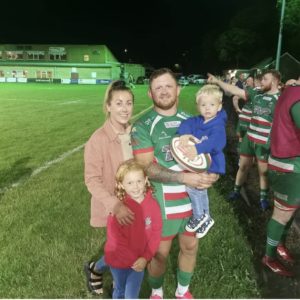 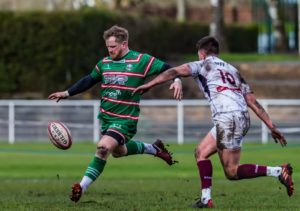