Player DeparturesEbbw Vale RFC can now confirm that former International Wing Dafydd Howells will be stepping down from Prem Rugby to return to play for this local club Abercrave RFC after a chance of job that involves a 12 hour 4 on and 4 off shift pattern would severely limit his availability to train and play. Having signed a contract prior to the end of season both player and club are disappointed with the outcome but are in full agreement that this is the right decision for player and club. Chairman Jon Jones commented that Dafydd is making the right decision for his career and family like and we wish him well, he has been a pleasure to work with and will always have a warm welcome at Ebbw Vale, Dafydd has said> ‘Having started a new job recently I have found it hard to commit the time I need to perform at this level. I thoroughly enjoyed my time with Ebbw, the direction the club are pushing with new players and coaches is exciting and I really look forward to seeing them achieve great things this year. Thank you to everyone involved for being so supportive last season and good luck for the season ahead’Ethan Doyle

In a further departure from the club back row forward Ethan Doyle who was one of the standout players in a tough year for the Steelmen whether in the back row or second row is returning to former club Old Rednesians which is close to Ethan’s Bristol home. Ethan, affectionately known as Oggie  travels extensively with his work and can no longer give the time commitment that playing in Wales means for him. A firm favourite of the Ebbw Addicts, winning Supporters Player of the Year he will be missed and the club wishes him every success in his playing and work career 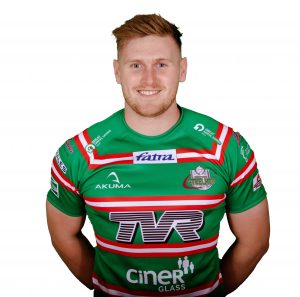 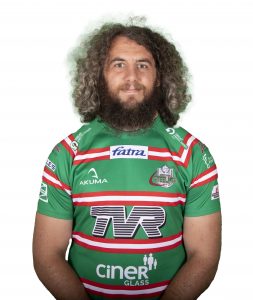