HOME > New signing winging in
Jordan Thomas
The 20 year old winger makes the switch from Pontypool RFC as he felt he wanted to experience the Indigo Welsh Premiership sooner rather than later to continue his progress as a player. Jordan, known as ToJo, has over 50 games to his name at Pontypool and has been a frequent try scorer as they’ve dominated the Championship in the last few seasons. The coaching staff have been well aware of his ability for a number of years and are looking forward to working with a player that several shrewd judges see as one of the best young backs outside of the pro game.
Jordan said, “My ambition has always been to play Premiership rugby and I was over the moon when Ebbw Vale came to me with the offer. I have worked with Greg in the past and he is a coach who I have looked up to and am looking forward to being coached by again. I look forward to the challenges ahead and playing in front of the Ebbw supporters.” 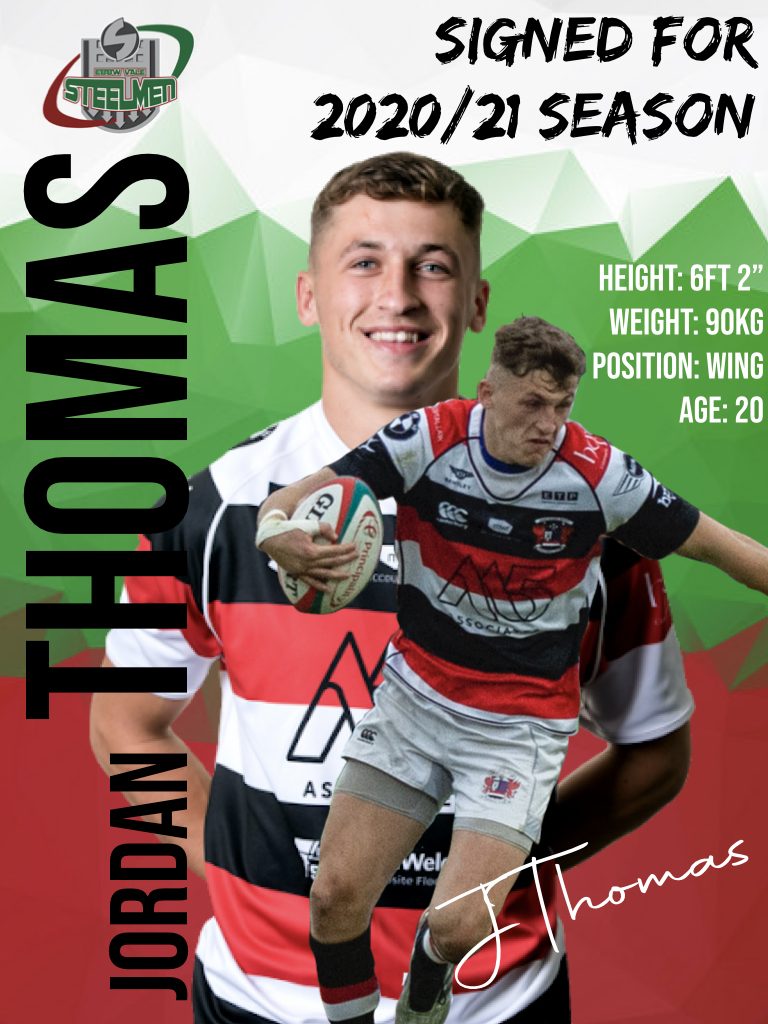