Ebbw Vale RFC is delighted to announce the appointment of Geraint Lewis who is returning to the club having had a 4 month stint at the club in 2013/14 as forwards coach of the Steelmen. Geraint is a leading coach within the game and has experience in playing at the highest level where he won 16 caps for Wales and has represented Pontypridd RFC, Rotherham Titans, Bristol and Bath Rugby.

Geraint, who has been the Wales Women forwards coach for the past two years, was part of the Wales U20 Grand Slam winning coaching team in 2016 and carried out the roles of Wales U18 and Wales U19 head coach prior to joining the Wales Women coaching team on a full-time basis. He has also previously coached Pontypridd in the Indigo Welsh Premiership

Geraint is linking up with Jason Strange having worked together with the Welsh age grade groups previously.

Geraint said; I am delighted to be back at Ebbw Vale as part of the coaching group. When Jason phoned me to enquire whether I would be interested in helping out, I did not hesitate to accept.  With my change of circumstances professionally, it offers me the ideal opportunity to combine my daytime coaching and lecturing with young talented players at Coleg y Cymoedd, whilst also supplementing this with coaching at the top end of the semi professional game in the Welsh Premiership.

In my short time with the squad thus far, the players have proved to be a hard working, ambitious and able group who are determined to improve the clubs fortunes going forward and I hopefully can play my part in this.

Jonathan Jones Ebbw Vale RFC chairman said: Geraint made a great impression in the short time he was at the club as a coach in 2013/14 prior to moving to Pontypridd RFC as part of his then role with the Cardiff Regional set up. He renews his successful coaching partnership with Jason Strange that was very successful at Wales 18 and U20 levels. Geraint coaching ability will assist the development of the all the players plus the younger coaches within Jasons coaching group 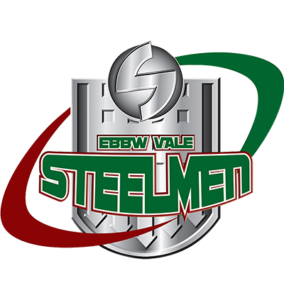