Ebbw Vale RFC are delighted to announce the signing of Dafydd Howells. The 6ft, 15st wing joins after being released by the Dragons having made 17 appearances and scoring 5 tries over the last 2 seasons.

Dafydd came to prominence at the Ospreys and won 2 Welsh caps, making his debut on the tour of Japan in 2013 . He has also been capped at U20s and for Wales 7s.

He has previously played in the Welsh Premiership primarily for Neath but has also represented Aberavon and Ebbw Vale.

His previous spell at the Steelmen saw him become a fans’ favourite as he raced over for 9 tries in 11 appearances and he will add pace, guile and experience to the back division.

Dafydd commented, “Having recently taken the decision to step back from professional rugby, I’m excited to get the opportunity to represent the Steelmen again. It was an easy decision to make having played for the club before, knowing there’s a great bunch of boys there along with quality coaches”.

Head Coach Greg Woods had the following to say on the capture of Dafydd. “We are really excited to bring someone of Dafydd’s calibre to the club for the forthcoming season. He had a huge impact in the games that he played for the club a few years back and I look forward to working with him to bring that level of play week in week out over the coming season.

He wants to enjoy his rugby and play week in week out and I have no doubt he will be a real force and will make his presence felt in the Welsh Premiership.

He also brings his international and regional experiences to a new group of players and that will only enhance the development of this new squad on training nights and match days.”

This is an exciting signing for the club and we can’t wait to see him in action.” 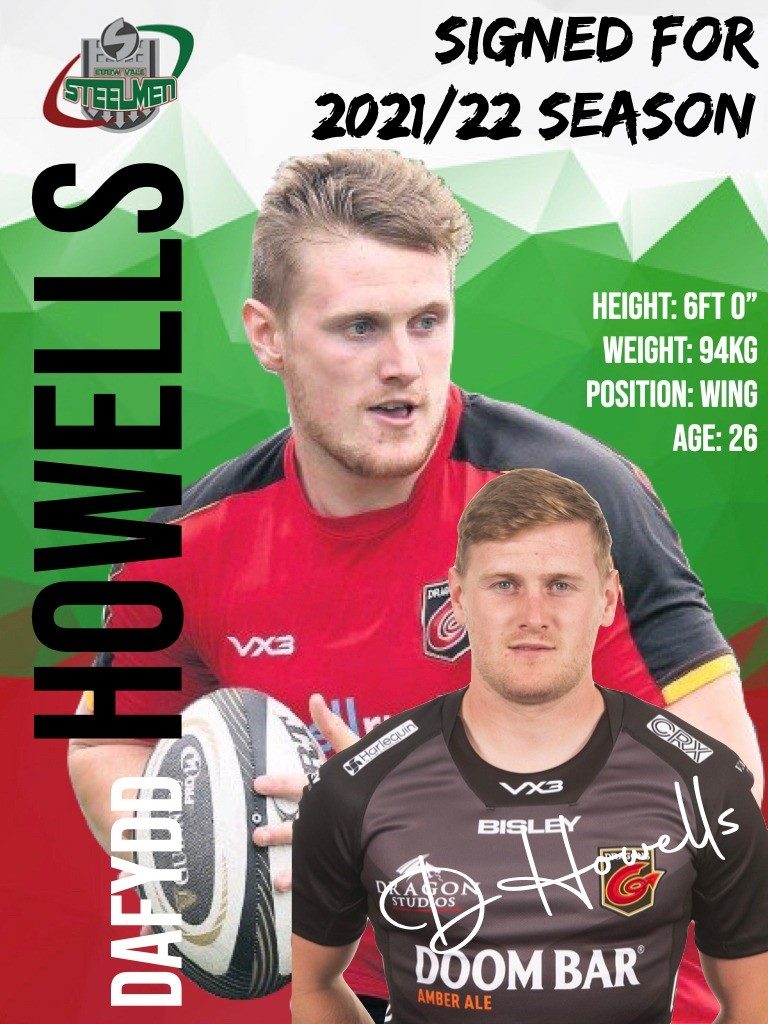