We are delighted to announce that BJ Seals Ltd have become a commercial partner of the Steelmen for the 2022/23 season and will feature on the Ebbw Vale RFC match strip. By being on the match strip of the steelmen this will give them brand presence at fixtures both home and away, worn by the passionate Ebbw Vale supporters and coverage on S4C Wales when we feature Live.

We thank Nicholas Jones, Director of BJ Seals Ltd for their support of the club and cannot wait for you to join us for a fixture at the CiNER Glass community stadium, Ebbw Vale.

BJ Seals Ltd. based on the Rassau Industrial Estate supplies components into the Automotive, Agricultural, Industrial and Construction sectors. Having been based in Ebbw Vale for five years now, we are extremely pleased to have the opportunity of sponsoring Ebbw Vale RFC and continue the success of the Welsh Premiership and also the local rugby community.

Our company was formed in 1998 by Brian Jones, our Managing Director, following many years of experience working in the sealing manufacturing industry. Our main strength as a company is being able to develop almost any type of component, whether it be for an industrial use, automotive use or any other sector. The BJ Seals Ltd. products are supplied throughout the world and the company brand has become highly respected in the markets that we operate in, both genuine and aftermarket supply. Business partners now include Jaguar Land Rover, FAI Automotive, Britpart, Rover and many other well know and established organisations.

Having previously been based in Merthyr Tydfil for over 15 years BJ Seals Ltd. has always had strong links to the South Wales area. We are now extremely proud to be working with Sears Seating, again a very well know and established company, also based around the corner from us on the Rassau Industrial Estate. Whilst maybe not quite being within throwing distance, we also have great relationships with local companies Foundry 4×4, Mayphil UK, Flamgard Engineering, Bearmach 4×4 and South Wales Propshafts. Our hope is that the recent developments in Rassau will continue, allowing the zone to become a thriving and energetic part of the community and that the enhancements of the local public transport links are continued.

The past few years have been difficult for us all and also for businesses of all types. We would like to extend our gratitude to the NHS, key workers and in particular our hard working staff, who have continued fully throughout the pandemic.

We have always been very close supporters of all grades of Welsh rugby and it is a pleasure to be able to add something to such a league as the Welsh Premiership. It’s such an important league for the development of players and coaches, whilst also providing the competitive games that all followers look for. Ebbw Vale RFC holds such a prestigious place in Welsh rugby and continues to be one of the leading clubs and of course one of the most well supported. We know full well the pride that the supporters take in following the Steelmen and Eugene Cross Park holds many memories from over the years. Having seen such a large number of famous international players wearing the jersey, it is great to see the club continue to develop players that progress on to further honours in the game. No doubt that without such proud, well supported and ambitious teams as Ebbw Vale, Welsh rugby would not have seen the success that is has done over the past decade and more.

It is an honour for us to be linked with such a club and we would like to wish all at Ebbw Vale RFC the best for the upcoming season and hope that it is successful for everyone involved. 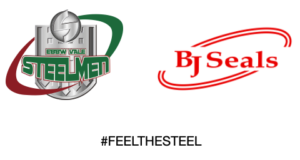